Our senior soccer team headed to Midleton last Thursday, April 11th for the second round of the FAI 5 a side national competition.
Over 150 schools entered the Cork qualifiers, with 48 in our section, the ‘big’ schools section.
We kicked off with a game against St Columba’s Douglas. We played very well and went ahead through a great goal from Deckie Fitzgerald, however conceded in the last minute and drew 1-1. Our second game was against Beaumont Boys who we beat 5-0. Ryan O’Leary and Deckie Fitzgerald scored one each, with Christopher Harrington scoring a hat-trick. We then drew 2-2 with Ovens, with Samuel Okoye and Robert O’Leary shining. Our penultimate game was against Youghal, who we beat 2-0. Deckie Fitzgerald and Charlie Twomey got on the scoresheet. We now had 10 points and went into our final game against Scoil Nioclás, who had 11 points, needing a win to qualify for the Cork finals. We won 3-0 to top the group. Bobby Kelleher was magnificent in defence throughout and our brilliant goalkeeper Ronan Canavan has now played 9 games and conceded only 7 goals.
We have now qualified for the Final 4 in Cork, where we will face Rochestown, Riverstown and St Anthony’s Boys on Wednesday May 1st at 10.30am. One school will qualify for the Munster Finals in Waterford, one step closer to the National Finals in the Aviva! 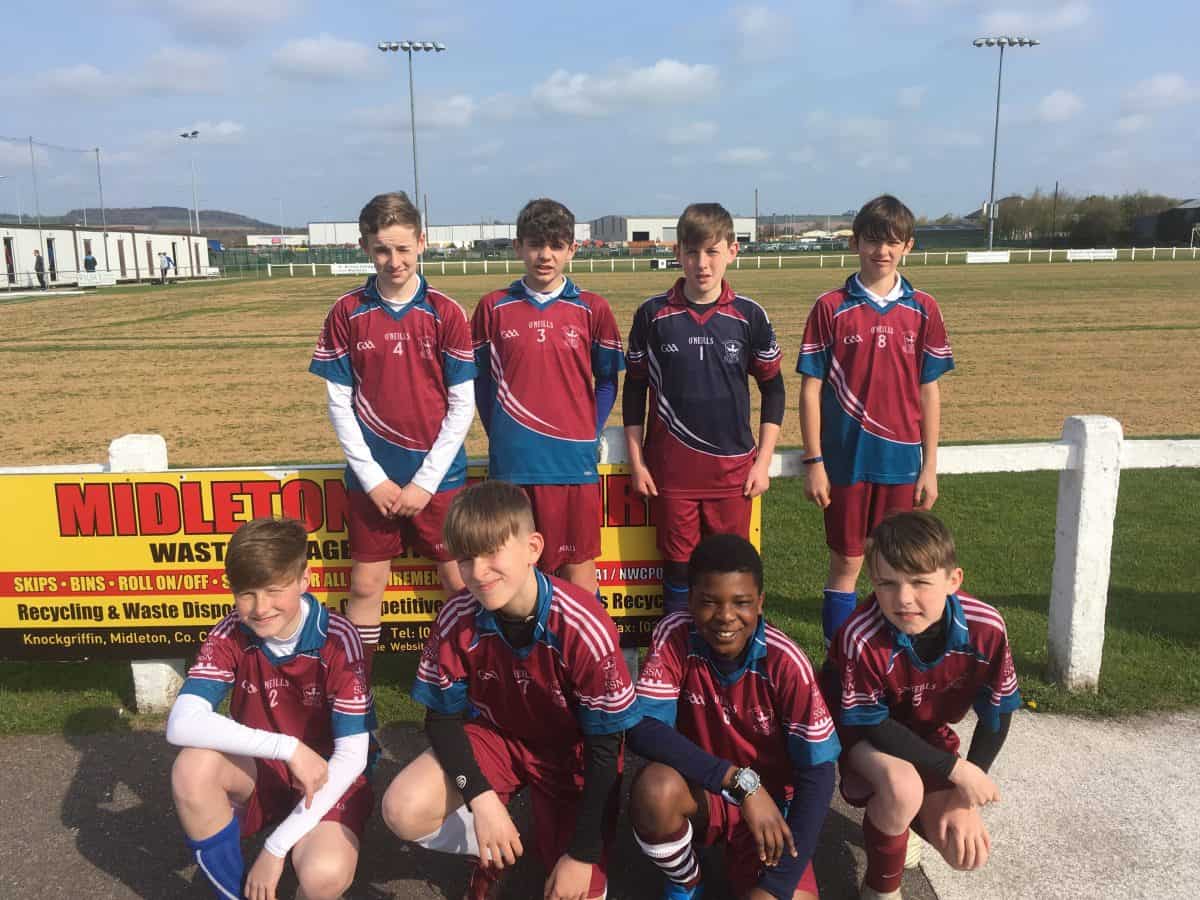