We sent two teams to the preliminary round of the FAI 5 a side tournament in Blarney on Thursday April 4th.
Our ‘B’ team was in a group of five teams. They lost narrowly to Ovens, Crosshaven ‘A’ and St Patrick’s before finishing off with a well deserved win over Togher ‘A’. Luke Landry was outstanding in goal, in front of him defenders Darragh Griffin and William Snapes also had great tournaments. In midfield, Charlie Galvin had a fine tournament and he was ably assisted by new boys to the school, Conor O’Donoghue and Charlie Nestor. Up front, Robert Mackey and Fergal Cotter also played extremely well. The boys really enjoyed themselves.
Our ‘A’ had a slightly easier draw kicking off against Crosshaven’s ‘B’ team. We won 8-1, with Ronan Canavan pulling off some great saves in goal and Charlie Twomey solid as a rock in defence. Our second game was against Blarney St which we again won 6-1, with some fine finishing from Robert O’Leary and Samuel Okoye. Our final group game saw us come up against Togher ‘B’ who we beat 8-0. Ryan O’Leary bagged a brace and Bobby Kelleher was magnificent in this match. We then came up against St Patrick’s in a play-off to advance to the next round. We scored straight from the kick off but they equalised almost immediately. We soon found ourselves 5-1 up before they pulled back another goal to make it 5-2. We ended up winning 8-2. We are now in the final 12 schools in Cork, and we have advanced to the next round which is in Midleton next week.
Four schools will qualify from the 12 to play the Cork finals in Turner’s Cross. Christopher Harrington finished top scorer today with an incredible 12 goals. 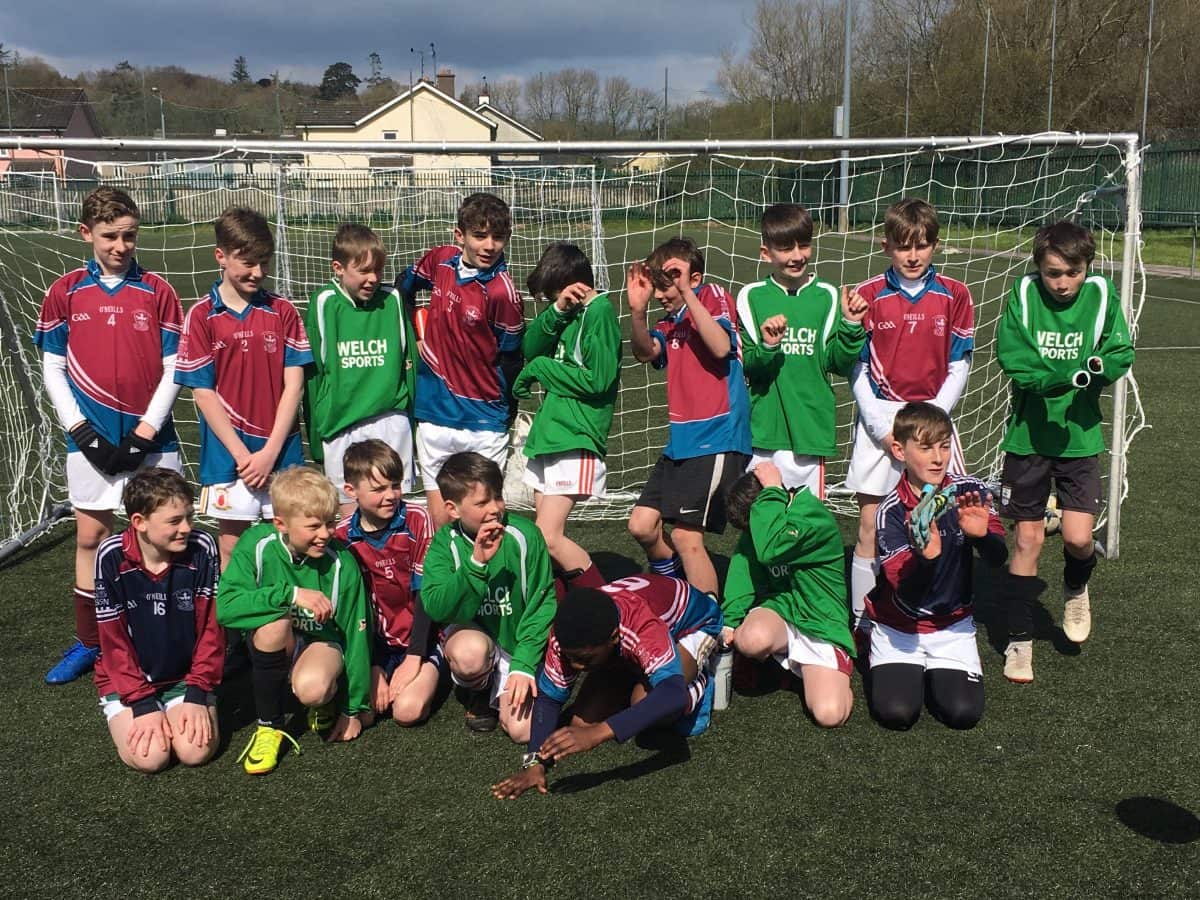