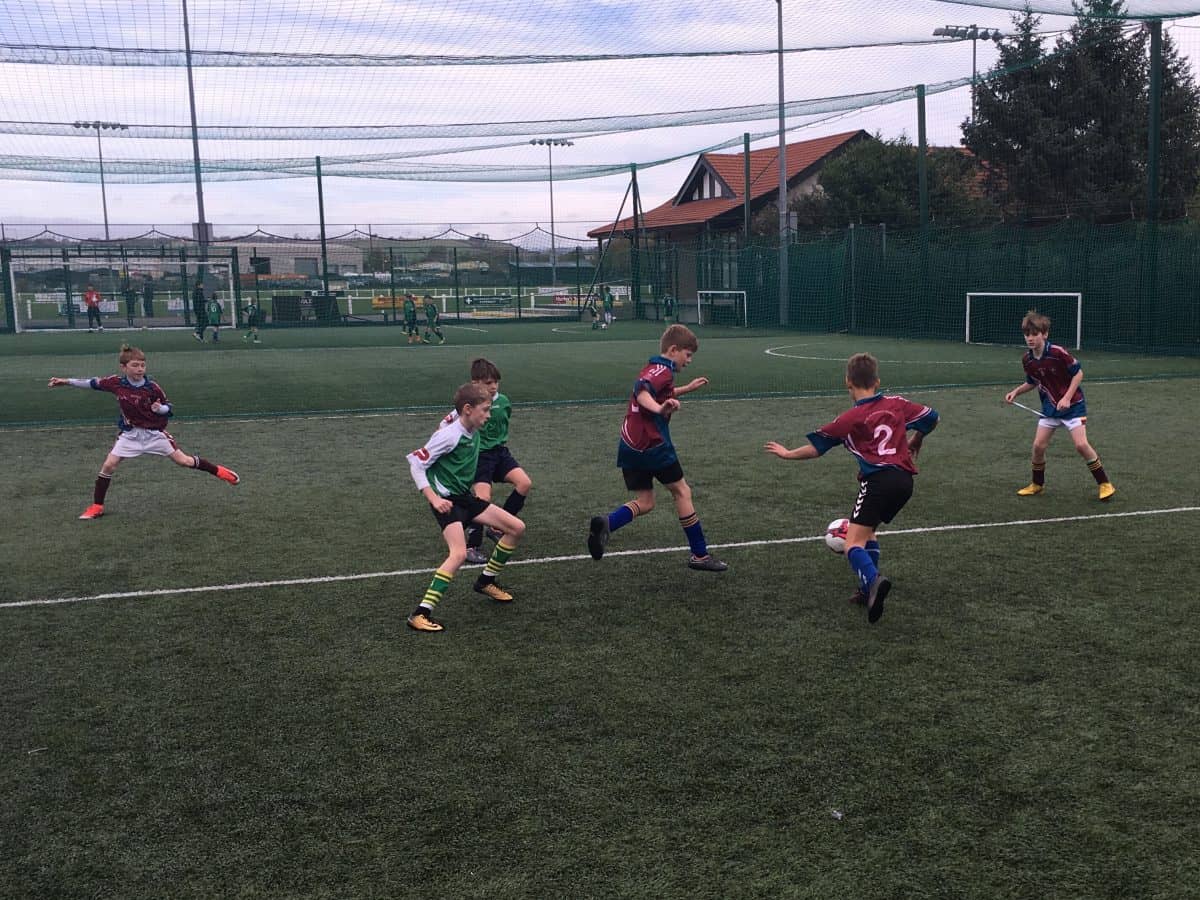 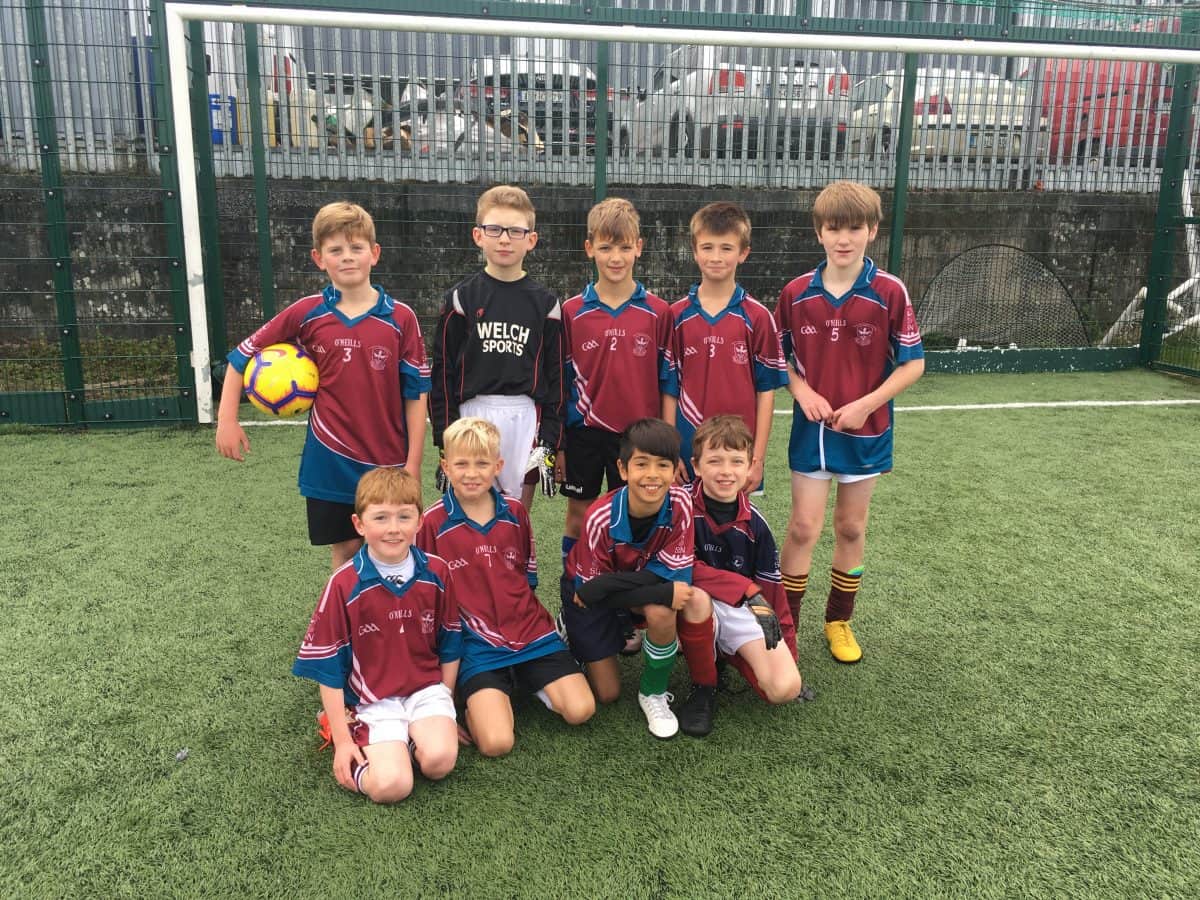 Today, our 4th class soccer team went to Midleton AFC for a 4th class blitz. In our first group game we lost 5-1 to Gaelscoil Ballyphehane with Andy Cuthbert scoring a late consolation goal for us. This was followed by another heavy defeat, this time at the hands of Carigtwohill Boys School. The score was 6-2 and our scorers were Samuel Richard and Andrew Hinds.Next up was St John the Baptist school from Midleton. We again lost, this time 4-2. Dominic Juric scored both of our goals.Our final group game was against Dungourney NS. Through some fantastic goalkeeping by Eugene O’Brien, we dug out a great 4-2 win with goals from Andy and an Andrew Hinds hat-trick. This left us in a ‘Golden Goal’ playoff situation to reach the semi-finals. After 6 tense minutes we finally scored through Andy Cuthbert, booking a place in the semis. The semi-final was against St John the Baptist who had topped the group with 10 points.(We had finished on 3). Despite going 4-1 down in the semi-final, the boys showed great fight and determination to dig out a magnificent 6-4 win. This time it was Jack O’Rourke who scored a hat-trick, as well as Andy, Andrew and Dominik. In the final we played Carrigtwohill where we lost 4-2. Eli Murphy Mckeon was superb in goal and Jack and Andrew scored for us.The boys had a great day and behaved themselves from start to finish.